Summary: An album that fails to rise to the occasion.
Listen To: -
Avoid: Every song!
Get It: If you must, here.

When somebody names their début album Erection, you'd be forgiven for assuming that it will be something monumental that stands tall. Sadly, Mike Tyler's Erection doesn't measure up.

The album as a whole is a forgettable mess with few redeeming qualities. As Tyler subjects us to 11 throwaway tracks of dull instrumentation and lacklustre lyrics delivered with a painfully grating drawl,  it becomes apparent that little care went into this flop of an album.

It's not that we expect Tyler to care. After all, his whole career has made it seem like he cares more for image than for the quality of his work. His hunger for controversy, danger and excitement has even led to him being dubbed "the Iggy Pop of poetry". Sadly, this album lacks the quality of Iggy...as well as the danger and excitement that Tyler has previously prided himself on.

And that is what makes this album so disappointing. Next to none of the attitude and high-octane energy he injects into his poetic performances is present here. The majority of the album consists of the breezy patter of mid-tempo tracks (Stuttering Song II and Nearer And Nearer) and the remaining song (Conversational Spanish) is so notoriously slow that, combined with the monotonous drone of Tyler, it is unbearable to listen to.

If you are looking for an album that will leave you feeling unfulfilled and unsatisfied, then this definitely fits the bill. But if you are after anything other than that, then steer well clear of this.

Let's hope that if Tyler dares to make another album it is capable of rising to the occasion.

Summary: An underwhelming addition to Young's legacy.
Listen To: 'Jesus' Chariot (She'll Be Coming Round The Mountain)'; 'Wayfarin' Stranger'; 'God Save The Queen'
Avoid: 'Oh Susannah'; 'Tom Dula'; 'Get A Job'
Get It: Here 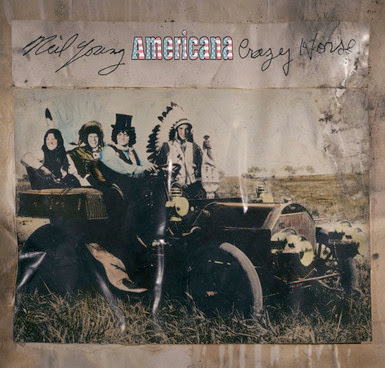 With this being the 34th studio effort by Neil Young, you tend to go into listening to this with a fairly good idea of what to expect. And as the album consists of covers you would be forgiven for assuming that you know what's coming.
But that's not the way Young and Crazy Horse have done this album. Young, before the album's release, told 'American Songwriter' that "every one of these songs have verses that have been ignored...I moved them away from that gentler interpretation. With new melodies and arrangements, we could use the folk process to invoke the original meanings".

Young's interpretation of the songs on 'Americana' keep the audience guessing with its experimental folk-grunge style and use of lost lyrics that make the songs so different that they are incomparable to the best-known versions.
One such cover is the second track on the album, 'Clementine'. The song is a version of 'Oh My Darling, Clementine' but it lacks the trademark chorus melody that hooks listeners. Young makes the song his own by including verses omitted from many other versions, drastically changing the arrangement and the chrous and by stretching it out to approximately six minutes in length. And due to these changes, it becomes overwhelmingly mediocre.

It is Young's determination to make these songs his own that proves to be the downfall of this album. Although it is good that Young is attempting to do the songs his way, the songs are a fundamental part of American history and the original versions are so deeply engraved into the minds of listeners that these songs are not easy to accept. This isn't helped by the fact that, although the musicianship is of high quality, it is hard to shake the feeling that this entire album was recorded in one take.
Another downfall is that Young stretches out some of the songs a bit too far. With his reinvention of the songs into his own style, the songs sadly seem to drag on a bit too long and begin to all meld into one never-ending track. This isn't helped by the jam-like vibe that the album gives off, due in no part to the introduction to opening track 'Oh Susannah'.
The final fault with this album is that it is impossible to find a point or purpose for the song selection. There seems to be no consistency between songs; almost as if Young is spontaneously bursting into song and Crazy Horse are simply following his lead. And no matter how hard we try, we just cannot wrap our heads around why Young selected 'God Save Our Queen' to feature on an album that

Despite the album seeming like an endless jam session, a few nuggets of gold can be found in amongst the waves of messy sound. These are all located towards the end of the album.
'Jesus' Chariot' is possibly the finest track on the album, featuring a phenomenal vocal performance by Young and an astounding arrangement with a colossal sound that breathes new life into one of the best known songs of all time. It's place on the album (after filler track 'High Flyin' Bird') helps to emphasise the brilliance of the track.
'Wayfarin' Stranger' features some fantastic guitar work and amazing vocal delivery by Young. Although it slows down the pace of the album after 'Jesus' Chariot' and 'This Land Is Your Land', it does so in a brilliant way that stays true to the original sentiment of the song and also builds for the album's closer.
'God Save Our Queen' is an odd choice of a song to include on this album, one that we cannot logically explain or justify. But it provides the perfect close to the album with beautiful harmonies and driving drums that allow the song to stand out and close the album with a wondrous crescendo.

Yet despite these golden moments there is something missing: a purpose. And this lack of purpose plagues the album from start to finish. It is not a bad album musically; the instrumentation is exceptional. But the feeling that it was a one take recording, the removal of several key elements and melodies in tracks and the way that the whole thing blends together makes it feel like a pointless, throwaway album by a pub band. This one is only for hardcore fans. Or those eager to waste money. 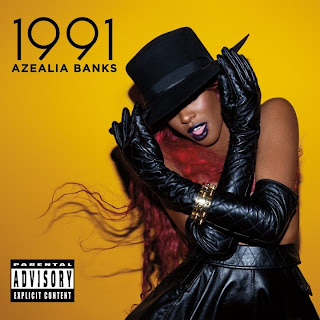 Azealia Banks has received heavy championing by the likes of NME since '212' became a massive viral hit. With the release of '1991', Banks shows exactly why NME have been championing her and why her songs have become club hits.

Although the EP only comes in at just over 15 minutes, it does stand out because it shows just what Banks is capable of. Every single track oozes swagger as she spits out her trademark filthy rap and calls out harmonious refrains over infectious beats and catchy club bass. This is apparant most in title track '1991' in which she shamelessly shows off her sound, style and swagger.

Obviously the standout of this EP is '212', with it's undeniably infectious rhythm and sweeping synths. It's no surprise why it has become such a hit or why it is the stand-out track of the EP.

However, the EP does have several downfalls. One downfall is that it is quite experimental which, in this instance, does nothing to benefit the music. One example is that '1991' features quirky sound-effects such as office background noise and telephones. This would be fine but as this EP is very club-focused, the sound-effects are very out-of-place and should have not made the final cut. We can only hope that, should this appear on her upcoming début album, the final version does not feature these sounds.
Another example comes in the form of Banks' willingness to play around with different effects. The end of '1991' shows her playing with breaking the song. This may help if the track was being used by a DJ in a club but that should really be left to the DJ to do as, on this version, it sits uncomfortably with the rest of the song. Another example is 'Van Vogue', in which the track seems to end and is followed by a brief silence. This silence is broken by Banks playing with a vocoder to excessively deepen her voice. This doesn't fit the track and interrupts the otherwise impressive club vibe of the EP.

The biggest downfall of the EP is also one of its strengths. This is the club vibe that it gives off. Although it is good that the EP has the feeling that you are in a club because of the style of the tracks and the sequencing of them, this also works against it as the novelty does wear off. Unless the tracks are very different, it can be very difficult to tell the difference between the tracks. '1991' and 'Van Vogue' are both similar enough that it is hard to differentiate between the two, and both give off the same club vibe. But the fact that this EP is meant for clubs allows us to forgive Banks to an extent.

Although this is just a brief taster of what Banks has in store for us this year, it is enough to make us realise that she is something very special indeed. She is somebody who has effortlessly produced a great club soundtrack despite the faults of the EP. And it provides a superb stepping stone for Azealia Banks to become a big part of modern youth culture.